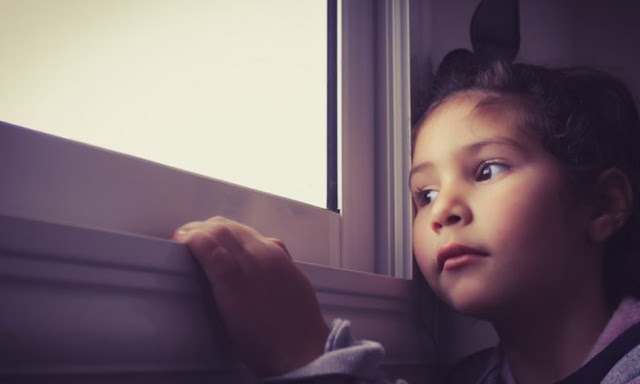 Children will often experience things that make them anxious. However, there is a difference between normal, occasional bouts of anxiety and long-term, ever-present anxiety.

The former can be dealt with as it happens, while the latter requires treatment of some kind.

Many parents are surprised to learn that children can suffer from anxiety disorders. Just knowing this can help you to spot potential problems in your own child, and that is the first step to treating the condition.

That doesn’t mean that every little thing should be taken as proof of a disorder, but rather that you may wish to consider an anxiety disorder as a possibility when you see a series of symptoms.

Children can be afraid of many different things, and that makes recognizing their problem as a disorder more difficult.

For example, they may be afraid of going out of the house, they may have separation issues, or they could be afraid of animals. All of these can be normal, but if they interfere with the child’s quality of life, then it’s time to consult a professional.

There is more than one kind of anxiety disorder, but they all come down to how the sufferer thinks. That’s not to say that they can control their thinking, but rather that they look at the world differently than other people.

Just what is anxiety? Early in our collective history, things that we now label as stress, fear, and anxiety were useful survival mechanisms. If you heard a growling predator, then your body needed to react quickly.

It would instantly release chemicals and get ready for fight-or-flight mode. Those threats have largely vanished from daily life, but the reaction can be the same. To put it another way, children with anxiety perceive threats that really aren’t that threatening.

Fortunately, once it has been properly diagnosed, anxiety in children is highly treatable. Some parents are afraid to take their children to a psychologist, or to give them prescription medication, but it’s a good idea to get the anxiety under control as soon as you can. Children need to be able to fit in with their peers, and this stage in their development should not be hindered by anxiety. Besides, taking care of the problem now means that they won’t have to suffer the effects of anxiety when they become adults.

Apart from being afraid or apprehensive, anxiety in children has other symptoms. These symptoms can be difficult to recognize because they are so often symptoms of other common health problems. Here is a partial list:

It’s possible that these are symptoms of other health issues, so they should be taken seriously. Consult your child’s pediatrician to see if there are physical health problems, or if it may be anxiety. You should not make this diagnosis on your own.

Anxiety in children is a bigger problem than most people realize. However, there are many treatment options that you can use to make your child better.